As someone who grew up and was raised in Connecticut, when I went to away to school there were certain terms I had never heard before. Even students from the Tri-state area used different terms. For example, I had always considered a sandwich a “sub” whereas my friend from New Jersey called it a “hoagie”. Over the years it was interesting to see how different words varied, even in near proximities. Speaking about differences between states, I recently I read an article about SwiftKey, the maker of the keyboard apps. Swiftkey conducted a study that analyzed the most popular emojis in each state. I had no idea what Connecticut’s would be however, I was surprised. Want to take a guess? Scroll down below to see the answer!

The koala! The most popular emojis in Hawaii included the surfer, rainbow, waves, pineapples and the volcano, all of which make sense. Why is Connecticut the koala?? Don’t get me wrong, I think koala’s are adorable, but since when is Connecticut that similar to Australia?!? I will be thinking about this over the next few days. Feel free to comment with thoughts/opinions!

Check out the full report here

The humidity has been brutal recently so the theme of this weeks treasures are some snacks that can help you survive the heat while staying satisfied.

1. Greek yogurt with:
-1-2 teaspoons of peanut butter
-1 teaspoon of honey
-handful (or two) of chocolate chips

2. Frozen grapes. It’s as simple as it sounds- put some grapes in the refrigerator and you will think you’re eating candy!

Finally! Beautiful weather has arrived and I am loving it. Spring is a great time to reorganize and refocus. This past week I have taken the time to appreciate the simple things in life.

1. Room- With school coming to an end, I have begun cleaning my room so it does not look like a tornado hit. I am a firm believer that a clean space leads to a clean mind. 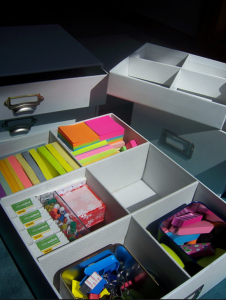 2. Flowers- While I do enjoy my candles, I put them away in exchange for fresh gardenia flowers and they smell amazing!

4. Friends- Had a fun photo shot outside with one of my best friends.

Engaging in these simple behaviors has been a great way to welcome Spring with a positive outlook…it is the little things that matter after all!

This week I was a bit of a movie junkie. I watched Divergent and Insurgent (both part of a series). Typically I am a chick flick type of girl however, these films intrigued me. I consider them a hybrid between The Hunger Games and The Giver. The premise behind this series is that Tris (Shailene Woodley) lives in a world divided by factions based on different virtues: Abnegation for selfless, Amity for the peaceful, Candor for the honest, Dauntless for the brave and Erudite for the intelligent. Tris does not fit into any one virtue, she is a Divergent. However, the dystopian society hopes that individuals affiliate with one of the virtues because if not, they pose an extreme threat to the population. Since Tris is considered a threat to society she must fight to stay alive.

During the films I began pondering why Tris and other Divergents are so “threatening” to the rest of the world. In my view, the Divergent’s are not harmful in any shape or form but rather they are different and often times society does not like anyone or thing that falls outside the norm. Our obsession with having a label for everything and putting things in tight, little boxes hinders our ability to appreciate the unique aspects of life. No spoilers but, in the end, the Divergent’s are able to defend their honor. The fact that the “outsiders” were able to come together and did not succumb to society’s pressure of fitting into a narrow category left me with a sense of hope. I walked away from these films feeling empowered since they illustrate that individuals can be their own person and do not need a consequence for being different or unusual. In fact, our differences is what makes the world interesting and the more comfortable people can become with their individual characteristics, the better off we will be.

The last time I was in Florida my Mom and I took advantage of the warm weather and took a bike ride every day. While we were biking around the various neighborhoods, several trees caught my attention. The first tree that I noticed looked like a Pineapple. I had never seen a tree with such elaborate detail before; it was as if the tree had a personality of its own. Another tree I noticed was a massive willow tree. I had seen willow trees before, but something about this one was almost uncanny; we began to call it the Frankenstein tree. Usually I pass right by trees with little consideration; however after spotting such unique natural features, I have come to appreciate their existence. Who knew that trees could be a piece of artwork just like a canvas or sculpture?

prepofboston.wordpress.com/
Sarah Has Something To Say

figuring out "girl power" one day at a time!

An Anglophile in Carlisle

Everyday recipes and advice for the broke "bros" trying to cook for themselves.

A blog that talks about the whole movie, especially the juicy parts

The Art of Peregrination
mknaydan

From the heart of the mountains

Critiques of the Middle East